Part of the Progressive-Marxist agenda is to gut our military and raise taxes sufficiently to wipe out the middle class. Obama and his minions can move towards this goal by doing nothing and letting the “fiscal cliff” work for them. There is no incentive for Obama to prevent this.

Also, they will blame Republicans for the resulting damage to the economy. To people with liberal educations and up from the NGO’s, the concept of “taxing the rich” to help the economy sounds reasonable, having an “economics free background” as most of them do.

Republican leadership is entirely outclassed. They don’t understand that machine politics is independent of the economy. Democrat Machine politicians in Chicago win regardless of what the economy does. The Democrats are merely planning to take the Chicago machine national.

The Republican leadership is still floundering, talking about “returning to the values of 1776” or “fiscal responsibility and currency parities” which mean nothing to the inner city Blacks who vote on the basis of “da bros gotta stick tageddah”.  Forget it.  Responsible government is a thing of the past. American greatness will disappear over the next 20 years of Marxist rule.

Also: racism is rampant. Marxist ideology states “only the dominant group can be racist”. In other words, racism practiced by the Holder Justice Dept or Jessie Jackson is NOT racism, but an “expression of ethnic identity”.  But if white people did the same thing, they’d be jailed!

Twenty children were shot and the whole nation is going bananas: yet Planned Parenthood kills 300,000 children a year and no one says a word! Where is the sense of national  priority here?

The Democrats are “vowing action on gun control”, (as if the dozens of gun control laws in New Jersey and Connecticut already on the books weren’t the most restrictive in the nation,for all the good they do)!

The bills will be signed in the Oval Office with the weeping families of shooting victims in attendance. The concluding remarks will imply “we’re finally doing something about the gun violence in this nation”…..until the next shooting takes place!

The hypocrisy of most gun control legislation is that it only applies to law abiding owners of firearms who are NOT the ones who commit crimes. These laws basically disarm the law abiding citizens, making them more vulnerable to criminals with illegal firearms who could care less about the little signs that say “this establishment is a gun free zone”. 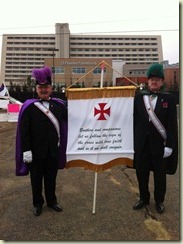 District Deputy and the Color Corps Commander carrying the Banner 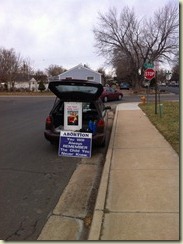 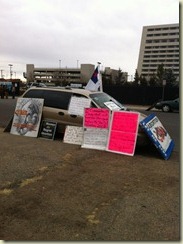 signage and flags on vehicle across from Planned Parenthood

How Government will seize the housing stock in the United States

If you have a home, savings, and an IRA, it will soon be deemed “unfair” when “so many have so little!” The mantra is “think of the Poor!”

A Federal mandate to provide “adequate housing for the less fortunate” will befall local governments. Property taxes and bond issues will be raised to build projects strategically in different precincts designed to disenfranchise home owners. As this is accomplished, property taxes will be raised mercilessly. It will be a transfer of wealth from the home owning American middle class to the indigent illegal immigrants (who vote Democratic, of course).

If your property tax is $4500 a year, let’s say, it would go to $25,000 a year. After all, it’s only “fair”! Inexorably, as people are unable to keep up the tax payments and the market for housing disappears, (who can afford such taxes?) the property escheats to the Cities and counties, or to a soon to be established Federal entity to manage housing.

Big houses will be cut into apartments, but the really nice ones will be retained by the public sector entities to house their officials. High salaries would be “unfair”, but perks that go with the job can be acceptable.

Thus, the big homes that used to belong to business executives now belong to more and more local officials, such as mayors, police chiefs, and County Commissioners. All the landscaping, maintenance, even house cleaning will be performed by public employees.

As for you: now that you’ve lost your home, you can only apply to the Housing Authority for a place to live. If you’re lucky, you’ll get a basement apartment with running water. If you want to get on the three year waiting list for a two bedroom apartment, you will have to make a “nice contribution” to the local official’s re-election campaign. Remember: the administrator’s re-appointment to his post depends on the amount he can garner from the tenants of the projects for which he is held responsible.  The only option for young single women is “be nice to the administrator, and maybe he’ll be nice to you!”

Is this the “fair shot at a home of your own! This is our country now!”? 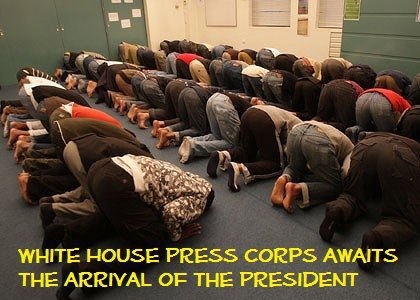